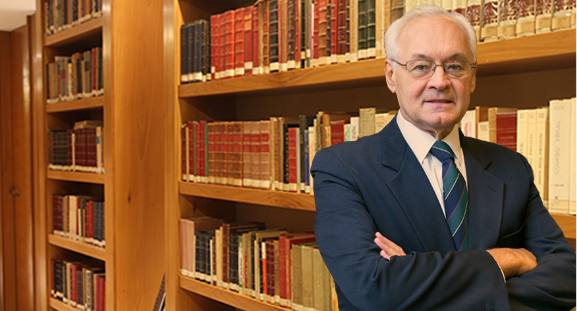 Fernando Fragoso has been working as a Full Professor of Criminal Law at Candido Mendes University since 1981. He also teaches at the Economic Criminal Law Graduate Program at FGV (Rio de Janeiro and São Paulo) and holds a Master’s Degree in Public Law from the Federal University of Rio de Janeiro (UFRJ). He was twice president of the Institute of Brazilian Lawyers (Instituto dos Advogados Brasileiros) (2010-2012 and 2012-2014), where he chaired the permanent commission of Criminal Law from 2008 to 2010. He was the vice president and served as Secretary General and Member of the Council of the OAB/RJ (the Brazilian Bar Association/Rio de Janeiro Chapter).

Author of several legal articles, he has been a criminal lawyer since 1973, when he graduated from Guanabara State University, currently Rio de Janeiro State University (UERJ). Fernando is a member of the Board of the International Criminal Bar and a lawyer admitted to practice before the International Criminal Court, in The Hague. Member of the Scientific Council of ILANUD (United Nations Latin American Institute for the Prevention of Crime and the Treatment of Offenders), of the Brazilian Institute of Criminal Sciences (Instituto Brasileiro de Ciências Criminais), of the Association Internationale de Droit Pénal (Paris), of the Société Internationale de Défense Sociale, and of the Inter-American Bar Association, where he is the vice president of the Criminal Law Committee and a member of the Board.